Leadership and Entrepreneurship in the Arts
Bill Siemering 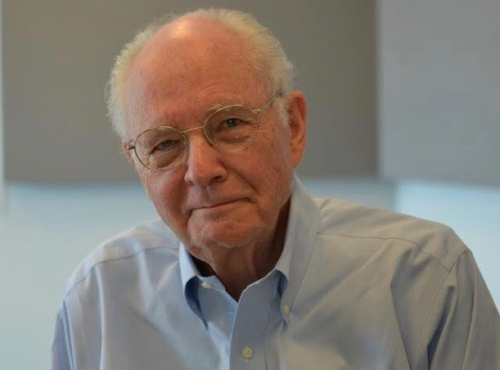 Daemen College is proud to welcome Bill Siemering as the inaugural speaker for the new Bachelor of Science in Leadership and Entrepreneurship in the Arts program. As a pioneering leader in the arts and as the first program director for National Public Radio, Bill Siemering will help launch a program dedicated to equipping graduates with the skills needed to become leaders and entrepreneurs in the cultural sector.

"It is an honor to talk with students at Daemen College as part of the inauguration of a new B.S. in Leadership and Entrepreneurship in the Arts," said Siemering.

Siemering, whose career has not only influenced the cultural life nationally, but also the development of radio in Africa, will speak about how the arts are received by communities as a gift.

He will also discuss the importance a mission and wise hiring practices to arts organizations, the origins and growth of NPR, and the global reach and responsibility of radio.

A moderated question and answer session will follow the presentation.

Bill Siemering has been called “the father of public radio.” Now a senior fellow at the Wyncote Foundation, Bill was a founding member of the NPR Board of Directors and he wrote the original mission and goals. He was hired to implement that mission as NPR’s first director of programming and, with his staff, developed “All Things Considered,” and “Fresh Air, Terry Gross” into national programs.

In 2004, he founded Developing Radio Partners (DRP) to enrich the programming of local stations in Africa on climate change and health for women and youth.  He received a Lifetime Achievement Award from NPR and an honorary doctorate from State University of New York at Buffalo and from Arcadia University, Glenside, Pennsylvania.

In 2019, he received the George Polk Career Award.