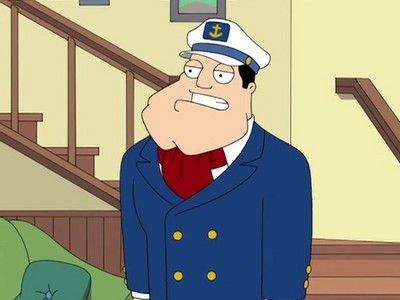 Like many of its other 320-plus episodes, the show will feature the work of Caleb Meurer, an adjunct professor for animation in the Visual & Performing Arts Department at Daemen College, who has served as a character designer for the series for 15 years.

Recently renewed for its 18th and 19th seasons, the show is already one of the longest-airing animated series in television history – alongside such small screen staples as The Simpsons, South Park, Rugrats, Arthur, King of the Hill and The Bugs Bunny Show and others.

“If you’ve seen SpongeBob merch, you have probably seen my work,” said Meurer. “When at Target or Wal-Mart, I’ve seen my drawings on toothpaste tubes and on all kinds of other stuff.”

A script for a new episode of American Dad!, which originally debuted on Fox in 2005, will come to Meurer and include notes on outfit or other physical changes for main characters and designing new ones. Meurer will come up all visual aspects of the characters, using different poses or facial expressions – whatever a scene calls for.

“There are a lot of wacky costumes,” he said. “The animators take what I design and make it move.”

His animation can also be seen in the Emmy Award-winning Cosmos reboot, as well as TV shows The Penguins of Madagascar and Looney Tunes feature shorts.

Also an accomplished illustrator, Meurer has also created the artwork for eight Little Golden Books –  including Star Wars adaptations – and his drawings have been featured on the cover of TV Guide, in the Los Angeles Times and Rolling Stone.

Meurer works remotely from Buffalo – and has since moving to the area for family reasons in 2012. He started teaching at Daemen in 2014, and his courses include instruction on storyboarding, layout, and designing characters.

“Studying animation is essentially film school as well. You’re learning the language of film – as well as editing, cinematography, and creating story arcs,” he said. “Really, we’re trying to make sure the audience is entertained and along for the ride.”

He added, “For students, I try to open their minds to what’s possible,” he said. “There are rules and implied agreements between the audience and filmmaker – how you can control that interaction is fascinating.”