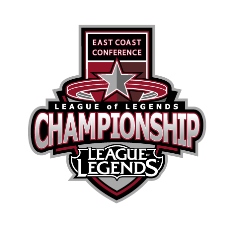 “We congratulate the entire team and Coach Patrick Ryan for winning their first title only a year after our collegiate esports program was founded,” said Dr. Greg Nayor, vice president for strategic initiatives. “Following this remarkable season, we look forward to many more exceptional achievements from our esports team.”

Ryan said, “With the format of esports, we were fortunate to still have the chance to compete remotely, and it was great to have a competitive outlet and some normalcy during the COVID-19 pandemic. The tournament also gave our campus community the opportunity to watch and support our team, which we expect will be one of the favorites to win again next year.”

Daemen’s esports team qualified for the first time this year to compete in the national University League of Legends (ULoL) Tournament, which was cancelled due to the coronavirus. The college’s program offers scholarships to qualified students, who have also earned more than $5,000 in scholarships from ULoL. Daemen team members have access to state-of-the-art Alienware computers and peripherals in an esports lab housed in the Wick Campus Center.

Collegiate esports is one of the fast growing programs on college campuses. According to industry analyst Newzoo, the global number of esports enthusiasts is expected to grow to 495 million this year.