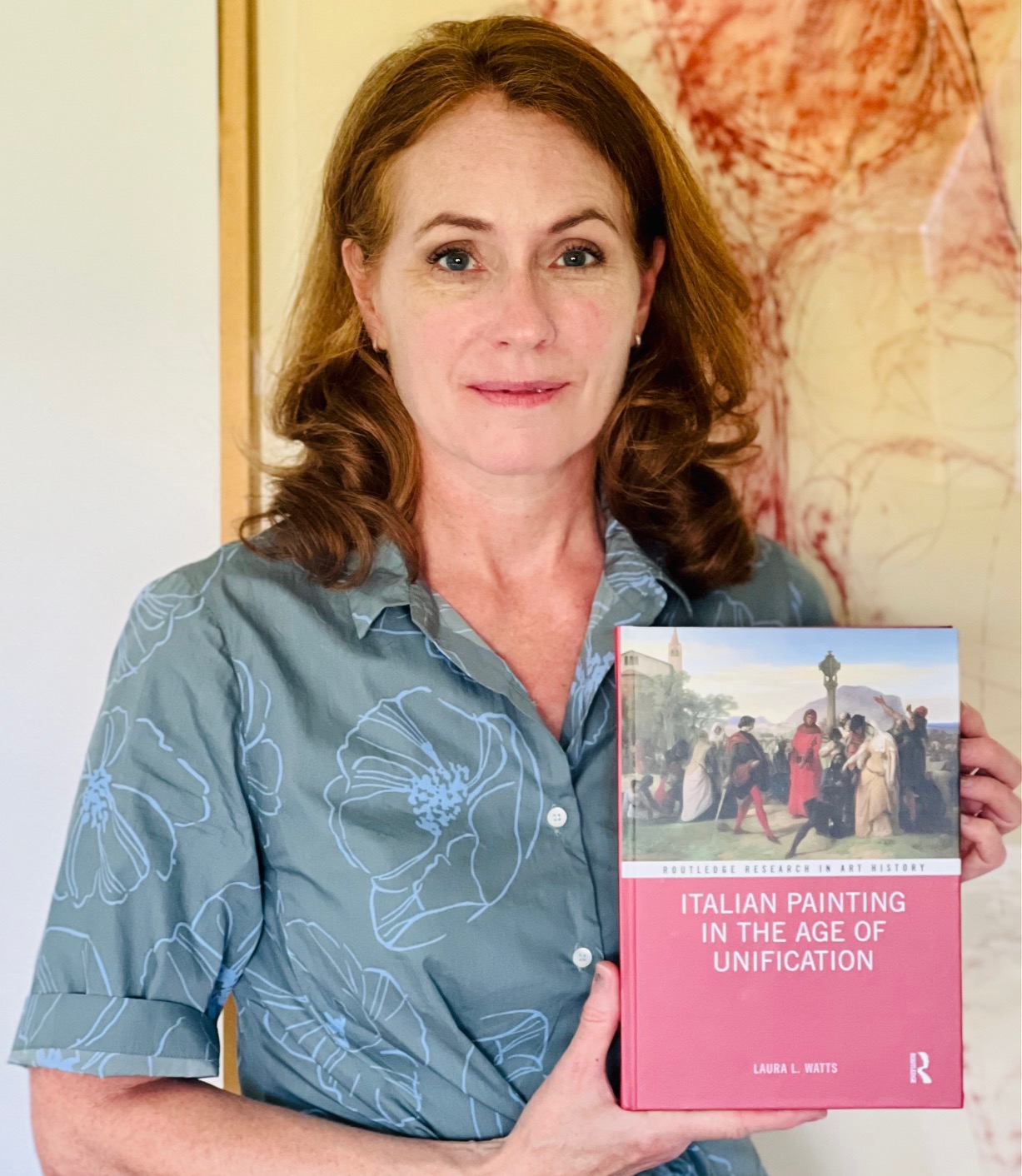 The American Association for Italian Studies (AAIS) has awarded the book prize for Visual Studies to Laura Watts, professor of art history in the Department of Visual and Performing Arts at Daemen University, for her book Italian Panting in the Age of Unification.

Watts explained that there are “only a handful” of books written in English on 19th century Italian art in part due to the country’s lack of political unification during this period.

“Italy was not functioning as a national entity until 1861,” explained Watts. Therefore, it is difficult to have a big picture of the art from that century. With this book, I aimed to rectify the lack of art historical representation and demonstrate how different the art looked from inside each region of what we now know as Italy.”

Watts said she aimed to make this time period more accessible for art historians, scholars, students and all those interested in the field. The book was published by British multinational press Routledge.

With its annual awards, the AAIS recognizes scholarly research and published works in Italian culture.

“The fact that AAIS chose to award my book is not just a recognition of my work, but also of 19th century art history overall,” explained Watts, who teaches courses on theory and methodology in the Modern and Contemporary eras at Daemen.

She added, “They acknowledged that it was important to add this resource to Italian studies because we don’t have a lot to go on.”

In her book, Watts mentions work of many artists; however, she mainly focuses on three.

“Each artist was influenced by the region where they worked and each represented the struggles after the unification,” she said.

The first artist, Tommaso Minardi of Rome, “represents religiosity, which was stylistically dominant as the region was the center of the Catholic World,” said Watts.

Gioacchino Toma of Naples “represents the social struggles that many experienced after unification,” said Watts, who explained that after the unification, the southern regions of Italy were “cut off” and “left high and dry,” resulting in poverty. In a word, Watts described Toma’s paintings as “heart-wrenching.”

Overall, Watts described her book as “a labor of love” that provided her with personal fulfillment. She dedicated it to her mentor and former professor and dissertation advisor at Temple University, Therese Dolan.