Doug brings to Daemen a wide range of experience in the security field including private investigations, loss prevention, security management, and as a previous Public Safety Officer at Medaille College.  Doug has extensive experience in law enforcement, serving for many years as a Police Officer for the City of Durham, North Carolina.  During his Law Enforcement career, he worked in criminal investigations, was a member of the Tactical Team and also a Bike Patrol Officer.  Additionally, Doug spent 2 years in Afghanistan as part of a State Department contract working as a trainer/adviser with the Afghan National Police.

Eric Diethorn comes to Daemen from Boston, Massachusetts where he was a Security Manager for the Security Team at the Seaport World Trade Center. He received extensive training and experience in Corporate Security while working closely with high profile clients such as Fidelity Investments, Jones Lang Lasalle, and the Seaport Hotel. He also has a great deal of experience in large scale event security at the Commonwealth Hall Convention Center.

Diethorn previously worked with the Security Team at Fidelity Investments global headquarters, USPS, South Station in Boston's Financial District, as well as Endicott College in Beverly, MA.  Diethorn is originally from Pittsburgh, Pennsylvania and graduated from Slippery Rock University with a Bachelor's Degree in History. 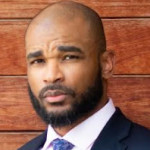 Officer Askey joined the Campus Safety Department in June 2019. He is currently working toward a degree in Criminal Justice from SUNY Erie and has prior experience in a wide variety of fields including landscaping and groundskeeping.

"Dory" Clanton Joined the Campus Safety Team just before the Fall 2018 semester got underway. She has a background In office management, and worked as a Security Officer at the Women’s Shelter in Buffalo before coming to Daemen College. 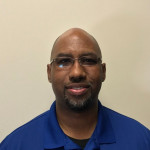 Donald has been with Daemen College Campus Safety since 2014. He enjoys the relationships he has built with Daemen Students, Faculty and Staff throughout his years of service. Donald came to Daemen with a great deal of prior experience in the safety and security industry. Outside of work, he enjoys spending time at home with his two dogs. 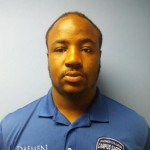 Matt joined the Campus Safety Team over the Summer 2018. His previous experience includes a year and a half working as a Medical Clerk, and 2 years of Customer Service Security at Buffalo’s Harbor Center. 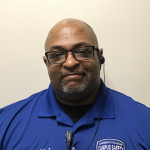 Stewart is a part-time Campus Safety Officer who came on board with Daemen in Fall 2017. Stewart has worked in Corrections for the past 12 years and currently works full time as the Recreation Department Supervisor at Wende Correctional Facility.