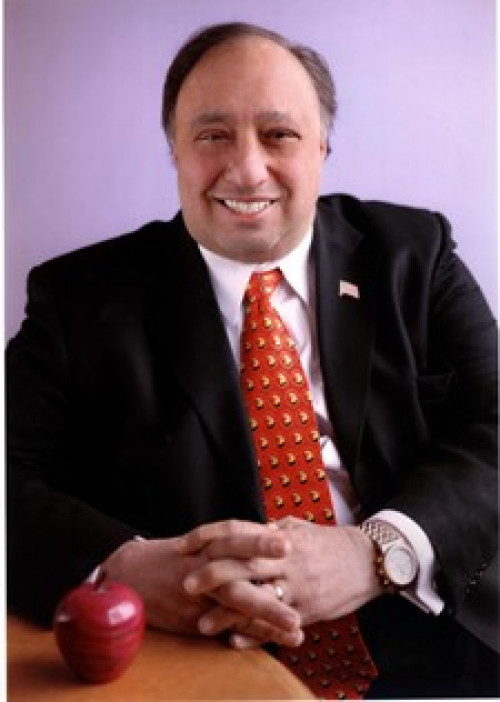 John Catsimatidis shared his life journey from emigrating to the United States from the Greek island of Nisyros to becoming a self-made billionaire business owner as featured speaker at the Daemen College Distinguished Leaders Lecture Series held on May 9.

In his lecture titled  "From Greece to America: A Great Business Success Story", Catsimatidis talked about his family’s history and coming to New York City from Greece with his parents when he was 6-months-old. Growing up in Harlem, he attended New York University but left his studies when only eight credits short of receiving his degree, bought his first grocery store and went on to become a millionaire and owner of 10 Red Apple Supermarkets by the time he was 25.